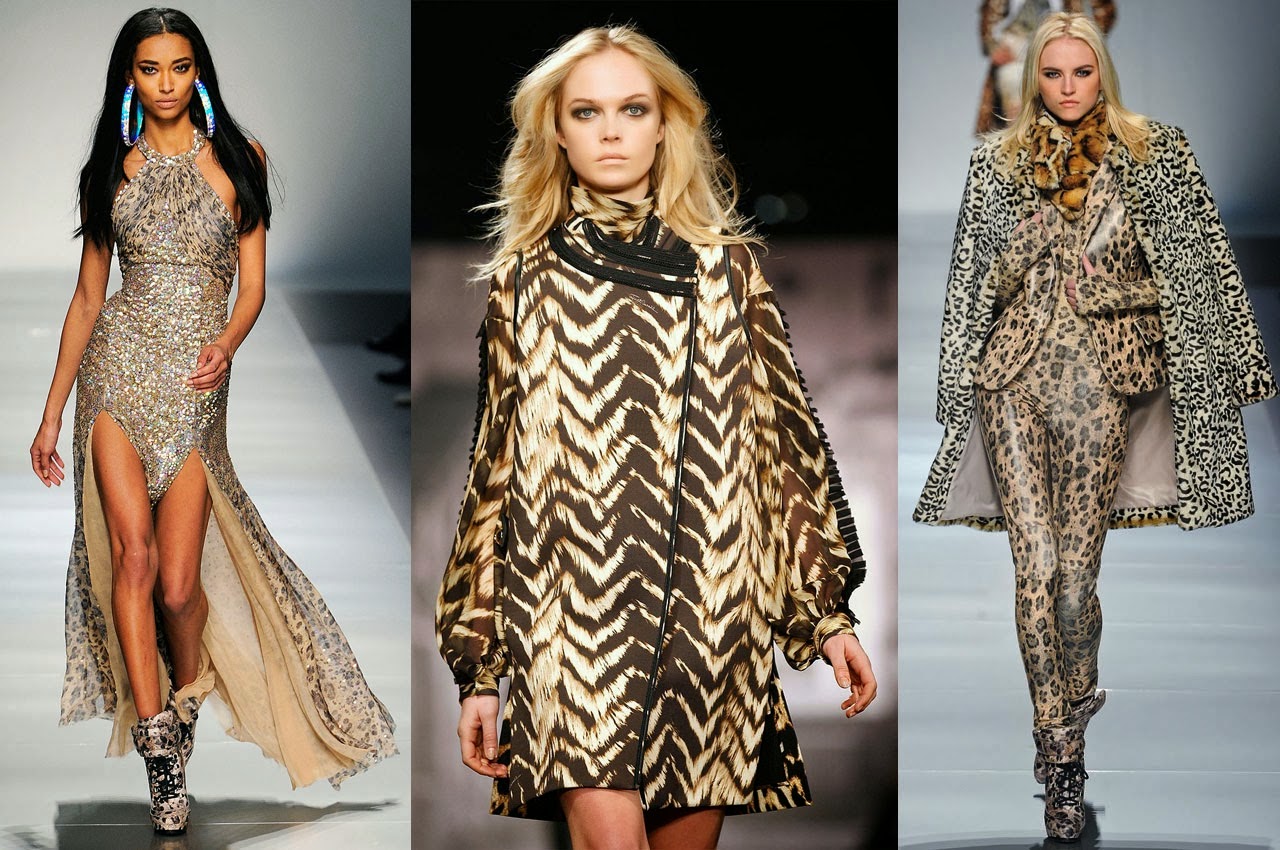 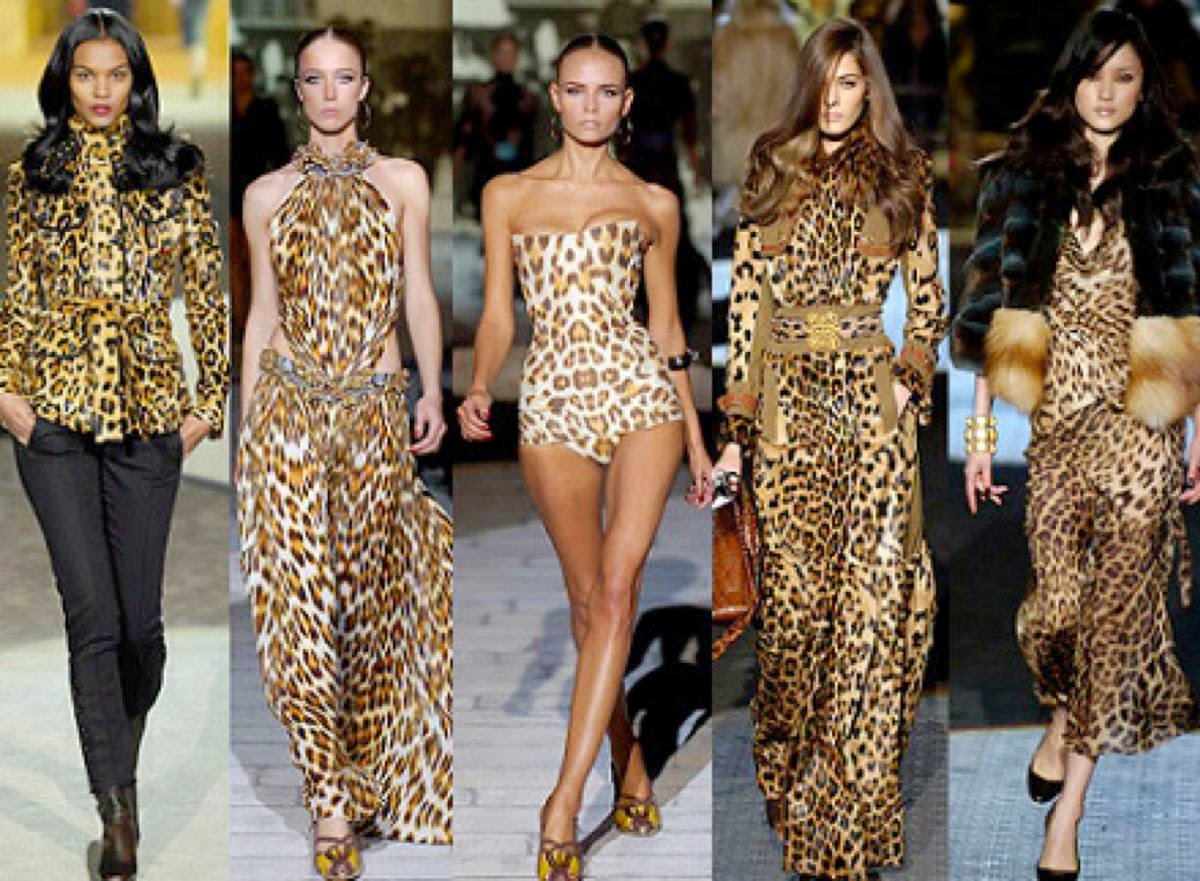 Animal print is a clothing and fashion style in which the garment is made to resemble the pattern of the skin and fur of an animal such as a Leopard, Cheetah, Zebra, Tiger, Spotted Hyena, Striped Hyena, African Wild Dog, Giraffe or monkey. Animal print is also used for handbags and footwear and even some jewelry. A major difference between animal prints and fur clothing is that animal prints today very often use fake fur instead of animal coat. 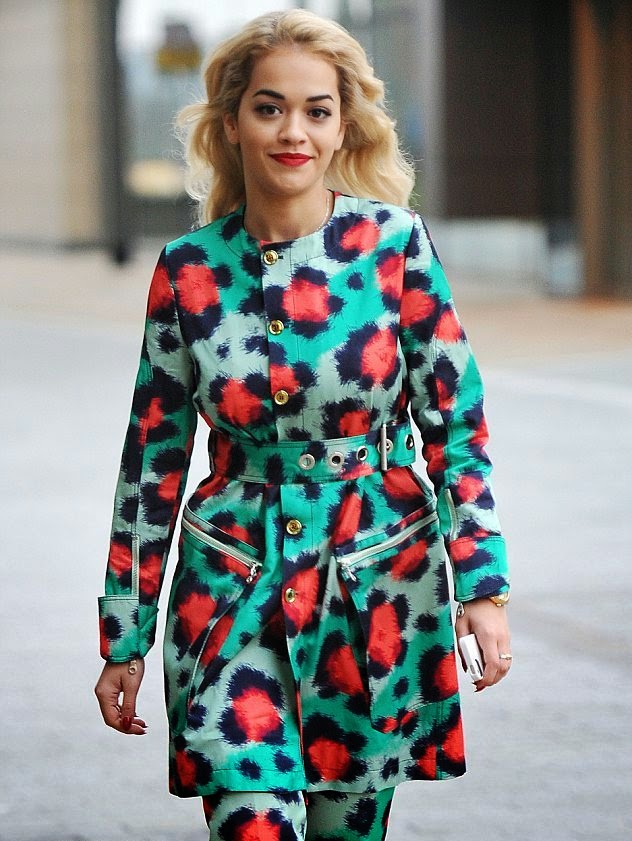 Animal prints have long been a popular style for many reasons. For one, they are generally expensive and considered rather exotic; hence they are a symbol of wealth and status. Throughout history, kings and other high people have used animal print rugs and such as a sign of status just as mounted animals are kept as trophies. Animal print became popular for women in the United States in the late 1960s.

Besides a distinctive natural animal pattern on clothing, "animal prints" may also refer to art prints of animals, printed on canvas or paper. The art prints may replicate the same skin or fur pattern found on the animal, but a flat photographic representation printed on artistic media, such as for as wall decorations. The prints are not limited to just the animal's skin or fur pattern, but may be any part of the animal and still be called an animal print.
Animal print applications extend beyond clothing and art prints and are commonly used for other decorations, including rugs, wallpaper, or painted surfaces. In addition, animal prints may be used in designs for race cars, airplanes, signage, building exteriors.

So wild patterned dress has to have some psychological meaning perhaps put us in touch with our most daring and primitive self. In Gucci adopt the 60s style print, starring the look and combining it with yellow or black. Coats, shirts, pants dresses are worn with this pattern.The parade of Tom Ford's leopard print takes the hottest form is used for skin that shelter, mixed with astrakhan and used up boots. The leopard print is the most baroque Balmain also combined with leather for a look almost dominatrix (The stereotypical image of the dominatrix as "venus leather" originates from the 20s and 30s of the twentieth century as a result of a confluence of factors such as the demand for a specific and highly fetish paraphernalia from the professional field), with corsets, pencil skirts and short bolero jackets. The snake print also stars in the parade of Roberto Cavalli with sumptuous trousers, shirts and coats in white and gray. There is life beyond the animal print leopard: snake print. Gucci boots as well as those prints and light dresses of Michael Kors, which mimic the skin of snakes and pheasant feathers. The animal print is one of these fashion trends earning their captive place in the closet forever. Animal prints are still protagonist of the latest fashion and appears to have no intention of leaving.

The animal print is versatile, combining the most different styles, occasions and seasons. However, despite all these advantages, this type of pattern must be used and combined with careful not to turn your feminine look sexy in just in bad taste. The current fashion allows combinations before unimagined as the mixture of very different impressions. In the past, under any circumstances, it was intended to combine different patterns. Today the animal print can also be used to combine with other prints. It is important that both garments have some color in common. If your animal print is brown black and pink, the other article should have some of these predominant colors.

Louis Vuitton, Dior, Miu Miu and Valentino, most fashion houses have seen fit to submit articles with pictures of animals’ skins for this fall/winter 2015. What was once something flashy like the platforms is now a regular styling even in the wardrobes of royalty.